Vendor binder services proved to be an interesting part of android devices nature. They usually remains close-source, but sometimes open new attack surface for privilege escalation. In these articles I will first describe how to locate interesting binder service and a reversing quirk, then two typical CVEs will be discussed about their nature and exploitation, and how to find them.

There’re possibly more than 200 binder services on some vendor devices, and most of them are Java services. Java code may introduce common android logic problems, which we will not cover in this blog post. Currently we are only interested in memory corruption bugs lies in native code.

So first question arises: how do we deduce which services may have interesting native code? Where are these services running?J previously released a tool named bindump, by reading binder data in debugfs, the tool can iterate which process owns a process and which processes are using this service. However days  have passed and android has involved pretty much, major problems including

To solve problem 2 and 3, I rewrite the tool in Java and encapsulated it into a standalone jar, its source and binary can be found here.

An interesting fact worth noticing when reversing these libraries is that, in IDA at the address where we should find vtables, except top-offset and virtual-base offset, all other virtual method pointer items are all zero. However at runtime, the corresponding memory locations become normal. This does not appear on Nexus or Pixel image libraries when opened with IDA. 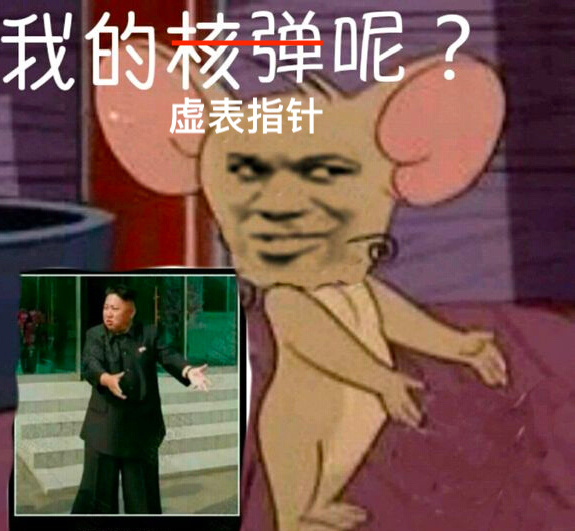 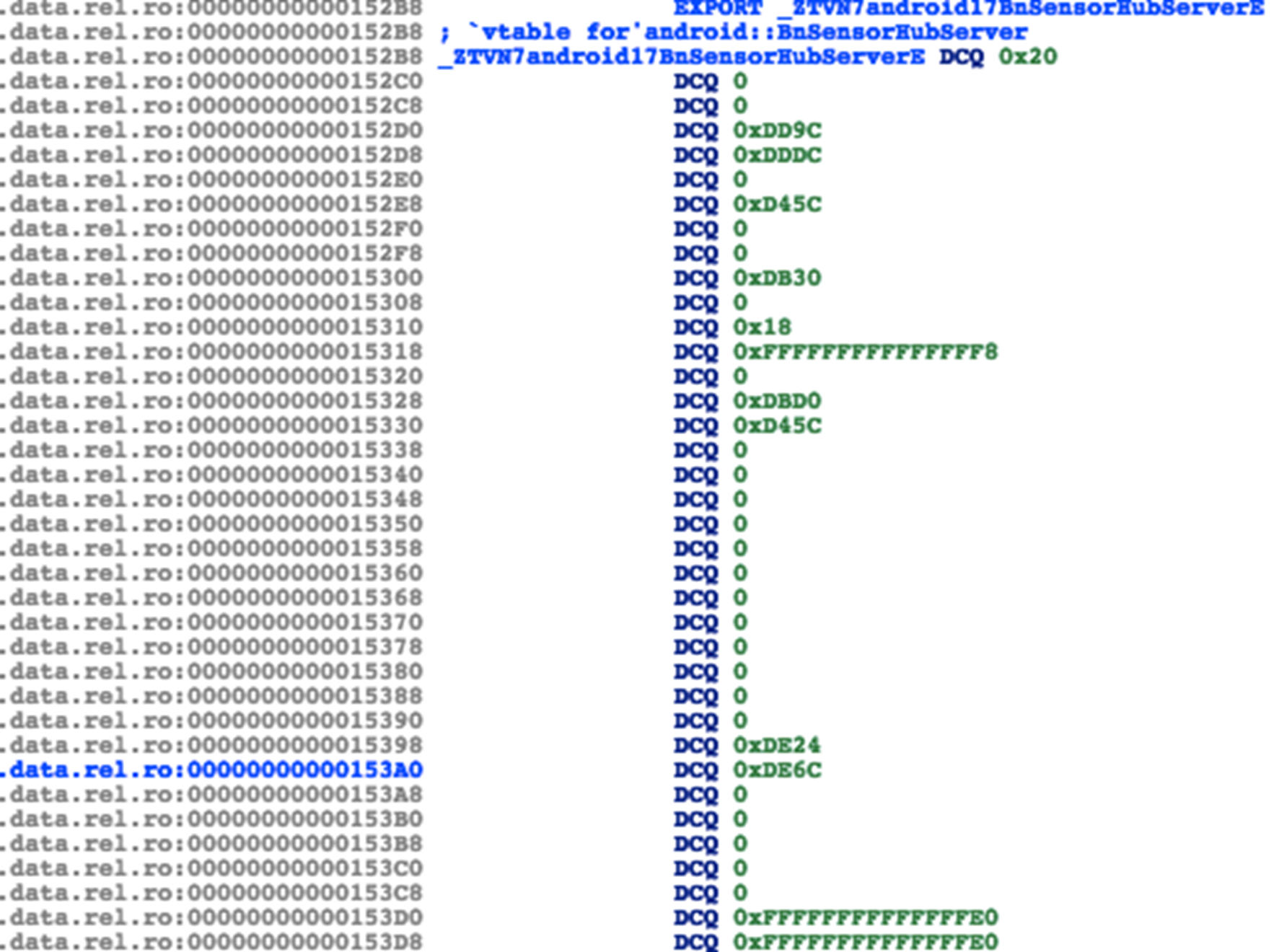 At first glance it may seem like a binary protection for anti-reversing. However after some digging in we found it’s acutally a new Android linker feature that was not supported by IDA. To understand this symposym, one should first be clear that the vtable function addresses does not naturally resides in .data.rel.ro. Their offsets are actually stored in relocation entries at .rela.dyn with type R_AARCH64_RELATIVE or others. IDA and other disassembler tools do the job of linker, read, calculate and store the value into their respective locations. If IDA failed to parse the relocation entries, the target addresses will be left untouched, as seen in the screenshot.

So what’s the offending linker feature? Quoting from chromium docs: 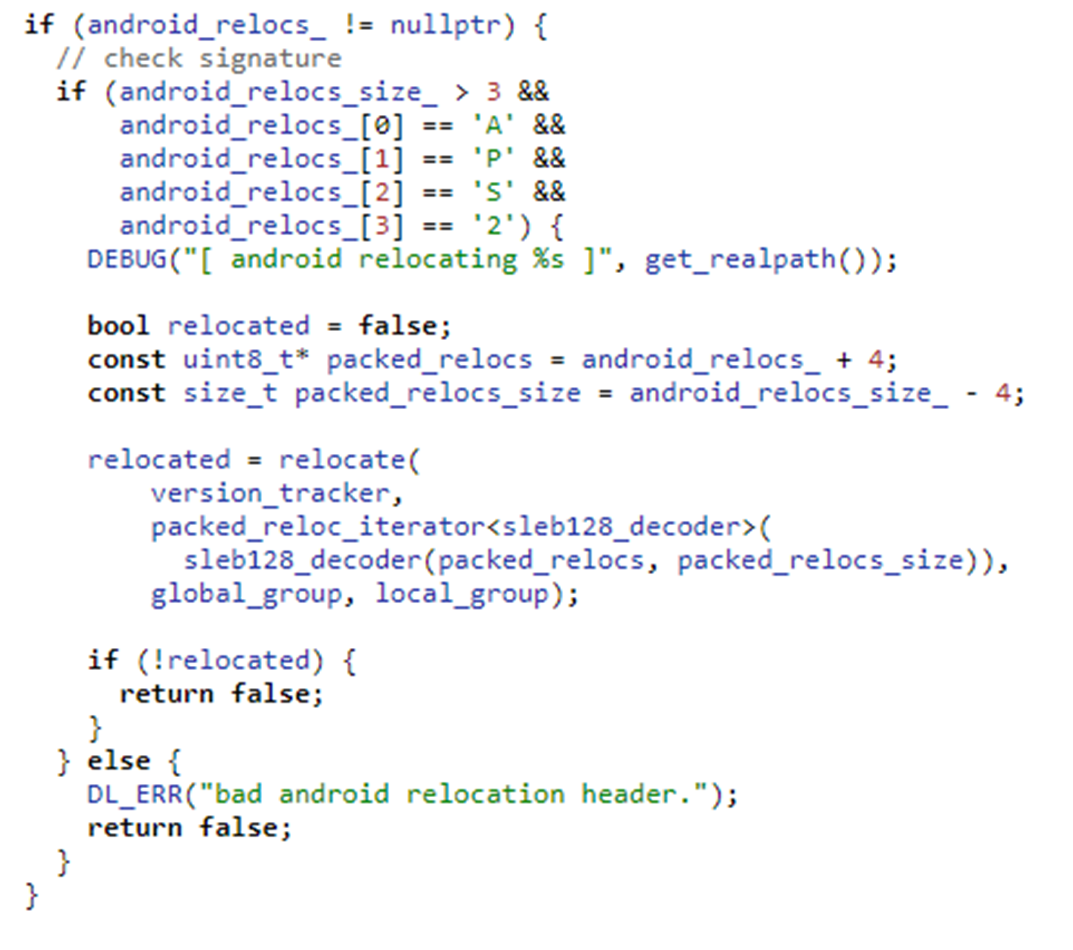 This feature encodes binary data in SLEB128 format in order to save space for large binaries. The detailed implementation, including encoding and decoding algorithm can be found here( http://androidxref.com/9.0.0_r3/xref/bionic/tools/relocation_packer/src/delta_encoder.h). At runtime, the linker decodes this segment, rearranging other segment addresses and extracts normal relocation entries. Then everything goes back to normal. IDA at that time does not supported this encoding so all relocation infos are lost in IDA. One can use the relocation_packer tool itself to recover the addresses.

Update: Two years after Android introduced this feature IDA 7.3 has finally supported APS2 relocation, which can be seen in the following screenshot.

AirService copies in the air

BnAirServiceProxy provides two methods for managing AirClient passed from client process. One accepts a StrongBinder (AirClient) and an int option, returns a binder handle (pointing to BnAIR) for client process to invoke.If the int option is 0, it will create a FileSource thread. If the option is 1, it will create a CameraSourceThread(only this can trigger this vulnerability)

BnAIR::transact (in libair.so) has many functions, the functions relating to this exp is android::AIRService::Client::configure, start and enqueueFrame. We must call these functions in order of configure->start->enqueueFrame to do a property setup.The specific vulnerable function is enqueueFrame. enqueueFrame receives an int and IMemory, and the IMemory content is copied out to a previously allocated fixed IMemory in Frame object.

The detailed steps are as follows:

The mmaped area in Frame itself is usually 2M, so any passed in Imemory with size > 2M will trigger overflow.

This may be similar to Project Zero’s bitunmap bug, since overflow occurs in mmaped area. When android::AIRService::Client::configure is called, a new thread is created in libairservice.so. By allocating Frame, and removing Frame we can create a hole in highmem area. Allocate Frame again, trigger overflow and we can override the thread mmaped area to get PC control.

However, SElinux still enforces strict limitation (no execmem, no executable file loading, cannot lookup PackageManagerService in servicemanager), on visiond, although it’s a system-uid process. How can we utilize this elevated privilege to do things malicious like installing arbitrary app, if we even cannot access PackageManagerService?

Note that although SELinux prohibits visiond from looking up the PMS service, neither it nor the PMS itself has additional restrictions or checks when PMS’s transactions are actually invoked, if we have the service handle. So we may use the following steps to bypass this restriction:

So this’s CVE-2018-9143. Samsung has already posted advisory and pushed out FIX via firmware OTA. In next article I will describe CVE-2018-9139, a heap overflow in sensorhubservice, and how we examined and fuzzed the target to find this vulnerability, with a PC-controlled POC.

Bonus: POC for this CVE and vulnerable binary has been posted at https://github.com/flankerhqd/binder-cves for your reference.

AirService copies in the air

Recently I’ve switched my main research focus back from Apple stuff to Android and browsers. While I was auditing a custom image parsing library written by some ppls, I transferred the test case image manipulated by 010editor via a popular IM messenger, and all of a sudden, the app crashed. I investigated the crash and found it is a issue in ImageIO library, and can be automatically triggered in all kinds of iOS/macOS apps that receives GIF images, especially the ones for instant messaging, such as Signal, Telegram, Slack, iMessage etc and Email clients such as Mail, Outlook, Inbox, Gmail, etc and even financial apps that want to be an IM such as Alipay. All these apps will crash on receiving the malicious GIF.

I haven’t test Twitter, but should you find a way to post the malformed GIF online (which I think can be done by manipulated the post stream to bypass the frontend filtering, but I was too busy to try that), the client should also crash as well.

What make things worse is that many clients will automatically reload and reparse the image on open, triggering the vulnerability again and again, lead to infinite loop and eliminating the need for attacker to persistent – -b

Almost all image related functions on Apple platform calls down to [NSImage _initWithData:fileType:hfsType:], and IIOImageSource dispatches image parsing to corresponding plugin based on signature detection (note: not based on file extension). This feature will be useful afterwards.

Grab an image file and change the width/height field to both negative short whose unsigned form value larger than 0xff00.

Drag it into /send to any macos/iOS application and if it crashes, you’re vulnerable.

The root cause seems to be at GIFReadPlugin::init function, in the following decompiled snippet:

An attacker can craft an image of negative height and weight, thus bypassing the check comparing to file size, lead to following out-of-bound. As I have mentioned above, the dispatching is based on file signature rather than file extension. I noticed some applications’ web interfaces have check on the size of GIF images, preventing me from spreading this POC to mobile apps. However they do not have check on PNG extension, allowing me to upload the malformed GIF image in PNG extension, bypassing the check and crashes whoever receives it.

While this does make sense, after Apple releases the fix I checked the new ImageIO binary and found the fix actually goes another way. Recall the crash happens in IIOReadPlugin::IIOReadPlugin, in the following pseudo code at 10.11.2/3:

Removing the usage of IIOImageReadSession in this function. Is it better than fixing the size change? Dunno.

For app developers who want to mitigate this issue for users staying at old versions, I suggest check for negative width and height before passing to NSImage.

Racing for everyone: descriptor describes TOCTOU，苹果iOS/OSX内核中的新型漏洞

END_OF_DOCUMENT_TOKEN_TO_BE_REPLACED

In previous blog posts Liang talked about the userspace privilege escalation vulnerability we found in WindowServer. Now in following articles I will talk about the Blitzard kernel bug we used in this year’s pwn2own to escape the Safari renderer sandbox, existing in the blit operation of graphics pipeline. From a exploiter’s prospective we took advantage of an vector out-of-bound access which under carefully prepared memory situations will lead to write-anywhere-but-value-restricted to achieve both infoleak and RIP control. In this article we will introduce the exploitation methods we played with mainly in kalloc.48 and kalloc.4096.

First we will first introduce the very function which the overflow occurs, what we can control and how these affect our following exploitation.

END_OF_DOCUMENT_TOKEN_TO_BE_REPLACED

By flanker from KeenLab.

There exists a signed integer comparison overflow in IOHIDDevice::_getReport and then handleReportWithTime, which can lead to oob access/execute in handleReportWithTime. A normal process can leverage this vulnerability to archive potential code execution in kernel and escalate privilege.

END_OF_DOCUMENT_TOKEN_TO_BE_REPLACED

Since those are posted prior to Android Security Bug Bounty Program launch, I’m posting to fulldisclosure for the record.

A permission leakage exists in Android 5.x that enables a malicious application to acquire the system-level protected permission of DEVICE_POWER.

The PowerNotificationWarnings registered a dynamic receiver without permission guard, listening for the following actions:

An ordinary app cannot directly call this method because this API call is guarded by system permission DEVICE_POWER, however by sending a broadcast with action “PNW.stopSaver”, it can trigger this API call on behave of SystemUI, thus stops battery saver without user action and awareness.

POC code(do not require any permission)

Use a local broadcast mechanism, or use permission to guide the dynamic receiver.